If you’re not entirely sure what the “Gig Economy” is, you’re not alone.

In 2017, 75 percent of US adults still haven’t heard of the Gig Economy despite its growing importance, according to a recent ASA staffing report.

This lack of understanding around the Gig Economy is important, as it has already begun to impact our society and the future of recruitment as a whole. 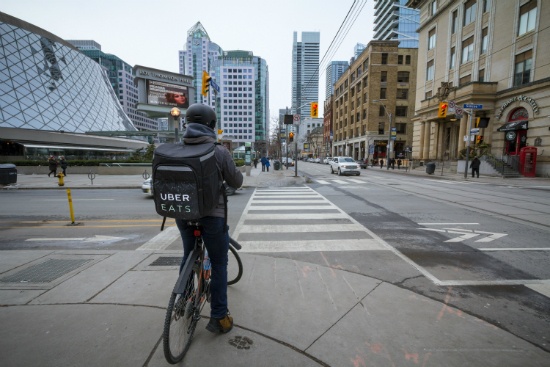 Despite all this, even some of the foremost experts on employment and the economy aren’t entirely sure what the ultimate impact of the Gig Economy will be. However, the vast majority of those who have written about the topic have come to a similar conclusion: The Gig Economy has the potential to dramatically reshape the way we think about and experience employment.

What is the Gig Economy?

Run a Google search on “Gig Economy” and you’ll get about 10.9 million results. The funny thing about this is, in all of those search results, there’s still not a single, universally accepted definition of “Gig Economy.”

And, as the Bureau of Labor Statistics notes in their entry on the Gig Economy--an entry that was only added to their website in 2016--there isn’t even a universally accepted definition for what a “gig” is.

Fortunately, despite the lack of consensus among experts, there is a generally accepted framework used to talk about the Gig Economy, such as:

The Gig Economy’s lack of consensus

As you can see, the Gig Economy doesn’t fit nicely into one box like full-time or part-time employees might.

When thought leaders first started openly talking about the Gig Economy back in 2011, it was largely used to describe the growing freelance workforce. And here, when we talk about the freelance workforce, we’re describing the traditional freelancer--someone who offers a service or good as an independent contractor.

How big is the Gig Economy?

Making distinctions in the types of workers who participate in the Gig Economy is important because these distinctions will ultimately be used to determine the size of the Gig Economy. More importantly, it can help us square away some conflicting data on the space that comes as a result of this lack of consensus.

For example, if you’re someone who constantly has their ear to the ground in the recruitment space, then you’re probably well aware of recent Intuit 2020 Report which boldly predicts that about 40 percent of the American workforce will be freelance within the next 3 years.

However, this stat should not be confused with the size--or in this case, the predicted size--of the Gig Economy because the Gig Economy doesn’t solely represent freelance workers (as stated above).

Because of this, you might come across stats like this one from an exclusive TIME study conducted last year which put the size of the current Gig Economy at a whopping 44 percent of the today’s workforce. While this number has no doubt changed in the more than a year since it was published, it just shows the discrepancy that occurs when this topic is discussed.

Then, how do we square away these two insights. It can be said that, while the Gig Economy currently involves about 44 percent of the American workforce in some shape or form, we can assume this subsection of workers has the potential to expand as the number of freelancers and gig workers continues to grow in the years to come.

How has the Gig Economy changed the nature of work?

One of the reasons the Gig Economy is such a hot topic is that it has the potential to mark the most dramatic shift in the way we work since the industrial revolution.

The industrial revolution is responsible for many changes in American life, but one of the most important changes was the way it helped establish and build America’s middle class. It did this by bestowing more freedoms and autonomy to workers that didn’t exist prior to this shift towards factory life.

Likewise, the Gig Economy purports to do the same. With the Gig Economy we see more and more workers moving towards independent work--whether that be in the form of establishing one’s self as a freelancer, or in participating in one of the many growing gig marketplaces.

But the Gig Economy has more far reaching effect than that. It also might be somewhat responsible for the change in mentality recruitment professionals see in the talent they’re trying to attract and engage with today.

As many are aware, “job hopping,” or the act of frequently switching jobs as a means of financial advancement, is the most prevalent it’s been since Baby Boomers came of age more than a generation ago, according to the Bureau of Labor Statistics. While job hopping certainly isn’t a new problem, and isn’t any worse than what we’ve seen in the past, today’s job hopping trend co-exists with the Gig Economy.

While full-time job opportunities provide the promise of financial advancement, gig work provides the promise of freedom and independence. Mixed together the two create a marketplace where the job seeker, both active and passive, may often be inundated with employment opportunities that they believe are “better” than their current work in one way or another. Ultimately, this creates a “grass is always greener” effect, meaning employers aren’t just competing with one another to keep their talent from jumping ship--they’re also competing with gig marketplaces. Furthermore, given the fact that the bar of entry into the freelance workforce is much lower in the age of the internet, employers are also competing with the allures of being one’s own boss.

How has the Gig Economy affected recruitment?

We’re still far off from a place where the Gig Economy represents the only way to work in our society, but to say that’s not a possibility is to ignore the way the Gig Economy has already changed the way people work today.

For recruitment professionals, it’s important to recognize the early accomplishments of the Gig Economy because they largely represent the challenges you may face in talent acquisition moving forward.

The Gig Economy has, for example, made finding work as easy as downloading a mobile app. While a mobile app might be an impossible standard of candidate convenience, you should be actively evaluating your current application process and determining how you can improve it for your target candidates.

The Gig Economy has also put a premium on culture--albeit, it’s a culture of independence. In any event, this is another call for you to focus on your employer brand and to ensure your company culture shines through your job descriptions.

But at the end of the day, the most important lesson you can take from learning about the Gig Economy is that hiring is getting more difficult because work as we know it is largely changing. In order to stay ahead of the competition, you’ll need to invest not only in the latest recruitment technologies, but in the latest hiring techniques, as well. This means recruitment marketing will no doubt be a major factor in whether or not your business can continue to compete for talent against other organizations in your space, as well as gig work and the appeal of freelancing.

To learn more about industry trends, news and notes--as well as useful articles on recruitment marketing--sign up for our weekly newsletter today.