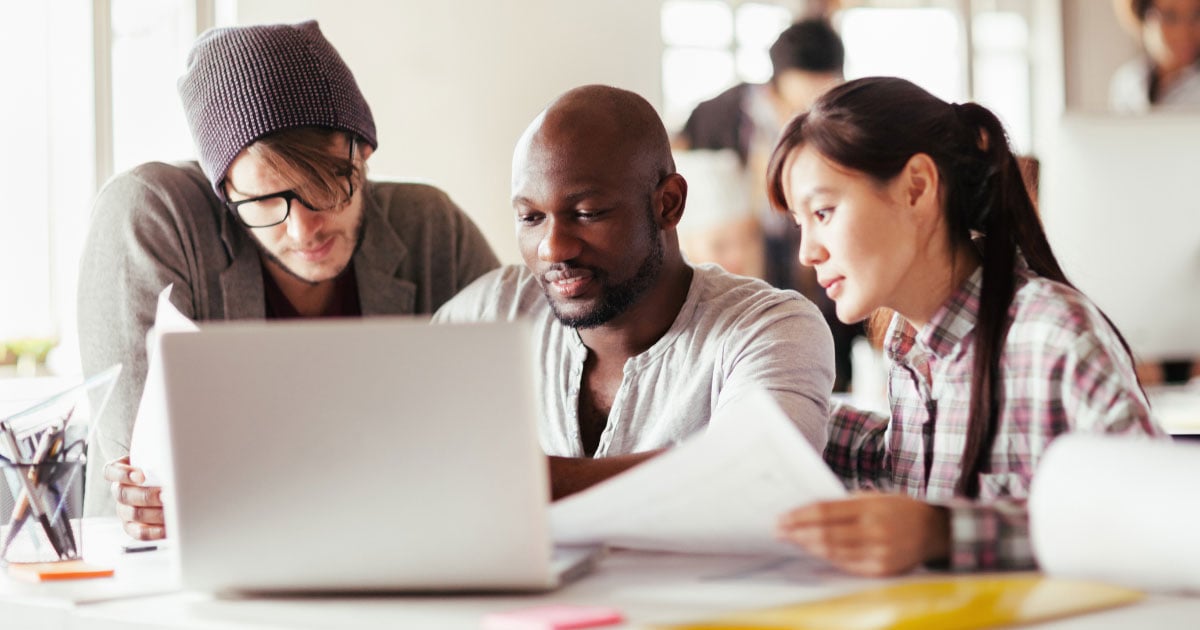 Highlighting workforce diversity and its importance is essential in the current hiring landscape. Jobseekers are becoming increasingly likely to research a company’s ethics and inclusivity practices during their evaluation of potential employers, and for many, identifying whether an organization’s views and values align with their own is becoming an important aspect of the decision making process. This is one of the many reasons that it’s so important to develop strong DEIB strategies. Additionally, it’s essential for companies to make sure that their recruiting and hiring policies are up-to-date and reflect the company’s current culture and practices in a way that showcases their inclusivity.

Taking action to expand DEIB efforts can help companies create a more welcoming company culture where individual differences are both respected and celebrated, expand the diversity of the workforce, and ensure all employees have equal opportunities for growth and advancement. In this article, learn 7 ways companies can achieve this through actionable steps they can take to ensure workplace diversity, and why diversity is important and why elevating diversity strategies can make candidates and current employees feel included and welcomed.

Statistics On Diversity & Inclusion In Workplaces

According to a 2020 Glassdoor survey, 76% of job seekers and employees polled said that a diverse workforce was an important factor for them when making appraisal of companies and job opportunities, and a 2017 Deloitte University survey showed that 80% of respondents maintained that inclusion efforts were important to them when choosing a company to work for. These are significant numbers which also support the importance of DEIB issues across the board as indicated above.

The Glassdoor survey also reflected that:

A number of independent studies done over the last few years revealed that diversity, equity, inclusion, and belonging in the workplace is also increasing amongst groups such as veterans and people with disabilities.

While the population and workplaces have become more open to diverse groups in recent years (thus increasing the representation of diverse individuals), not all of the concern has been for inclusivity’s sake. This is to say that some of this is a result of members of some diverse groups having experienced discrimination in the workplace. The increased reporting of these incidents have underscored the need for awareness of these issues amongst employers, as well as the implementation of inclusive recruiting and hiring practices.

Getting Proactive On DEIB

All of the above have given rise to increasing numbers of companies adopting diversity, equity, inclusion, and belonging (DEIB) practices in order to be more inclusive operationally, as well as to combat discrimination related to race, gender equity, sexual orientation, and culture.

DEIB in the workplace is a direct result of companies making it a point to attract people with varied traits across these areas and to create an inclusive and welcoming company culture. The goal is to foster an environment where individual differences are respected and where all employees are treated equally and receive identical opportunities for growth and advancement.

Here are 7 ways that companies can help to create a diverse culture in their workplaces.

With the vast majority of employees and job seekers today paying attention to the state of diversity, equity, inclusion, and belonging in workplaces, adopting training in concepts of diversity and unconscious bias have become essential for companies. Such training should include not only imparting information as to what diversity looks like in an organization, but should be designed to facilitate positive interactions, reduce prejudice and discrimination, and demonstrate how to work together effectively with individuals who are different from oneself.

One of the prominent issues in diversity training includes the phenomenon of unconscious bias. Unconscious biases are social stereotypes about certain groups of people that individuals form outside their own conscious awareness. A study from Lawrence Livermore National Laboratory postulated that everyone holds unconscious beliefs about various social and identity groups, and these biases stem from one’s tendency to organize social aspects of their environment through categorizing. Further, that unconscious bias is far more prevalent than conscious prejudice and often incompatible with one’s conscious values. Certain scenarios can activate unconscious attitudes and pernicious beliefs. According to the study, such biases may be more prevalent when multi-tasking or working under time pressure.

Unconscious bias training helps make employers aware of the unconscious bias that might exist in their organization and helps them take steps in the right direction to reduce or eliminate the likelihood of bias impacting decisions – because unconscious or not, biases might be present and it’s important to become aware of its impact.

A 2013 Harvard Business Review study provided compelling evidence that companies which take a holistic approach to diversity, equity, inclusion, and belonging actually help their organizations unlock innovation and drive market growth. What this means is that in the long run, DEIB efforts not only provide a positive environment for members of diverse groups, but enhance an organization’s culture overall, thereby uplifting morale and sparking creativity and productivity.

The study held that despite incidental prejudice, people are naturally curious about those in their environment whose culture differs from their own, and that this can be used to an organization’s advantage. To this end, some companies have instituted things like developing organizational multicultural calendars, encouraging cultural educational opportunities, and creating culture-focused bulletin boards in order to highlight and educate their diverse workforces.

Using organizational infrastructure (such as company websites) and social media in order to promote inclusion and show a company’s commitment to diversity may seem like a no-brainer, but even this is an area that should be approached with deliberation and planning.

A recent article by the social media marketing company Sprout Social revealed that 70% of U.S. consumers think it’s important for brands to take a stand on social and political issues. Showcasing DEIB efforts on an organization’s website is certainly integral to these efforts, but it’s become clear that brands need to go beyond cursory statements relating to diversity. In order to support effective policies, companies need to integrate diversity, equity, inclusion, and belonging into their social strategies for the long term by formulating ongoing initiatives in these areas.

Sprout Social recommended that organizations systematize their approach for effectiveness through efforts like defining their brand’s role, prioritizing the representation of diverse groups within the organization, and having initiatives that demonstrate commitment, rather than just talking about them.

4. Publicize The Organization In A Manner That Reflects DEIB Efforts

This is another near no-brainer, but it’s surprising how many companies with diverse workforces overlook this. Any company that has a web page that’s highly visible to candidates ought to have photos, videos, and other media that are an accurate reflection of what its workforce looks like. When it’s evident to job seekers that a company includes and welcomes people of diverse backgrounds, these individuals feel more comfortable applying for positions. If the internal policies are in line with a company’s statements, then the benefits of DEIB efforts will snowball, attracting even more diverse talent.

If a company has a global presence, it’s a good idea to display media in each market that reflects its population and unique culture, since people are more likely to apply to a company where they feel their identity and culture are represented.

According to Dante Lee, founder and CEO of the recruitment website BlackJobs.com, his company is now working with more than 500 employers across the country to help enhance their DEIB efforts. “All of them are actively hiring and all of them want to be more inclusive.” Lee said.

In an effort to reach diverse candidates where they are, more and more companies are—very prudently—turning to diverse job boards in order to attract diverse candidates and expand their team to include top talent from all backgrounds and cultures.

Some of the more prominent diverse job boards include:

In similar fashion to neglecting to highlight their diverse workforces in media, in many cases, companies don’t take into account the impact their word choices have on potential job candidates. A 2011 study published by the American Psychological Association (APA) revealed that in male or female-dominated industries, there was often significant use of gendered language in job descriptions which served to perpetuate gender inequality.

Despite the current trends and ongoing improvements in DEIB, it’s a foregone conclusion that this remains an area in which many people still harbor certain sensitivities. As such, some can be reluctant to speak out on the status quo, even if they don’t feel there are existing parity issues or active discrimination within their organization. Thus, it is a very good idea to take the organization’s temperature, as it were, and determine what the company’s culture is really like on an ongoing basis.

This means inviting employees at every level to tell leaders about the current culture and how it could be better, and remaining open to finding and fixing inequalities or exclusive practices.

According to the software company Paycor, “In order to address diversity in the workplace, you have to be intentional. You have to get comfortable with being uncomfortable and accept that achieving diversity isn’t easy. But it will be worth it in the long run.”

Some ways that employers can foster an open environment and encourage feedback on DEIB issues include:

Creating a more inclusive workplace takes effort, but as seen, the benefits are practically incalculable. Such investments will also reflect on the company positively in its prioritizing issues that many other companies fail to adequately address.

Interested in promoting effective DEIB policies in your organization? For more information, don’t hesitate to reach out to us! 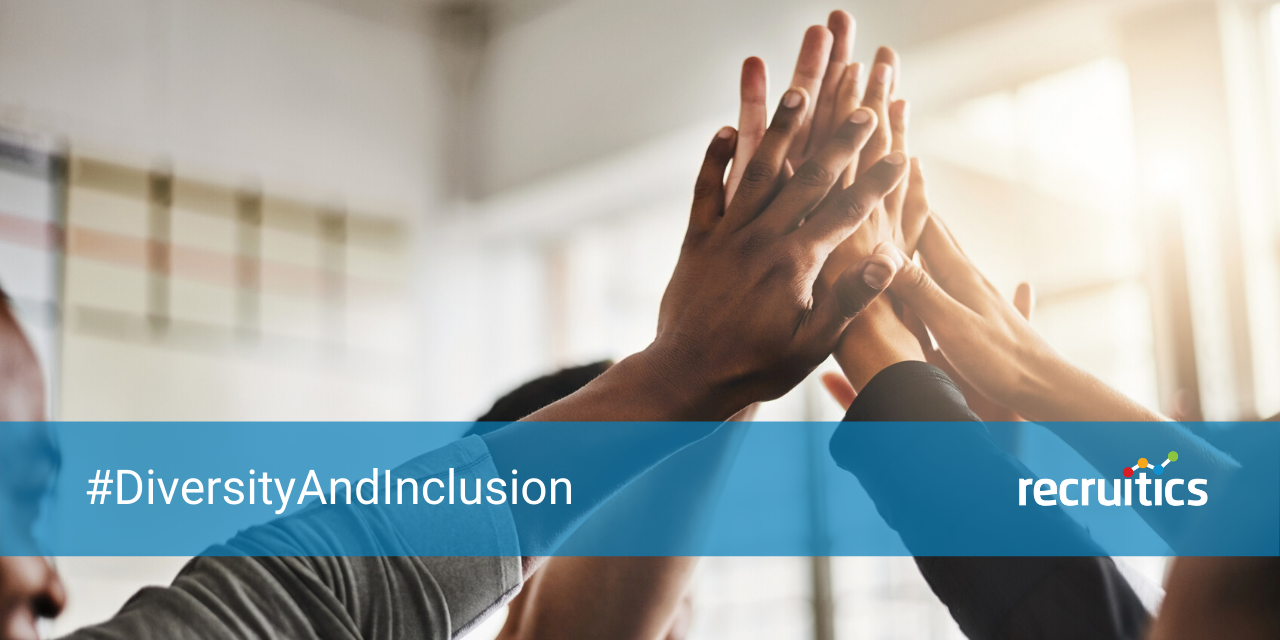 The 360 Approach to Diversity & Inclusion in Your Recruitment Strategy 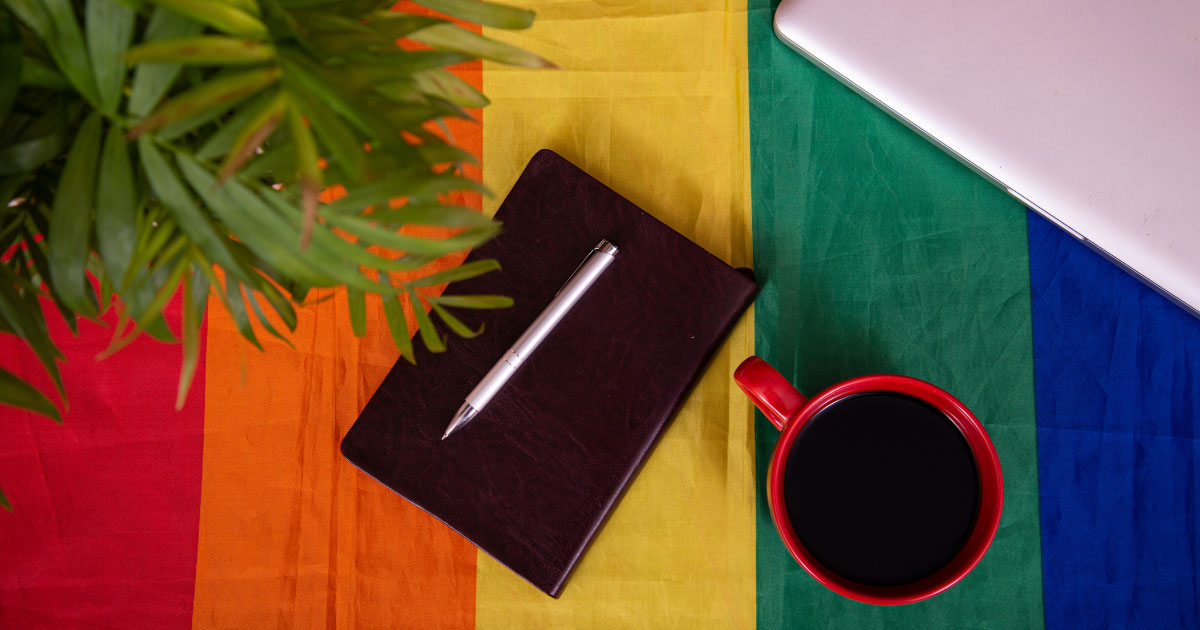 10 Ways To Ensure Your Recruitment Process Is LGBTQ-Friendly